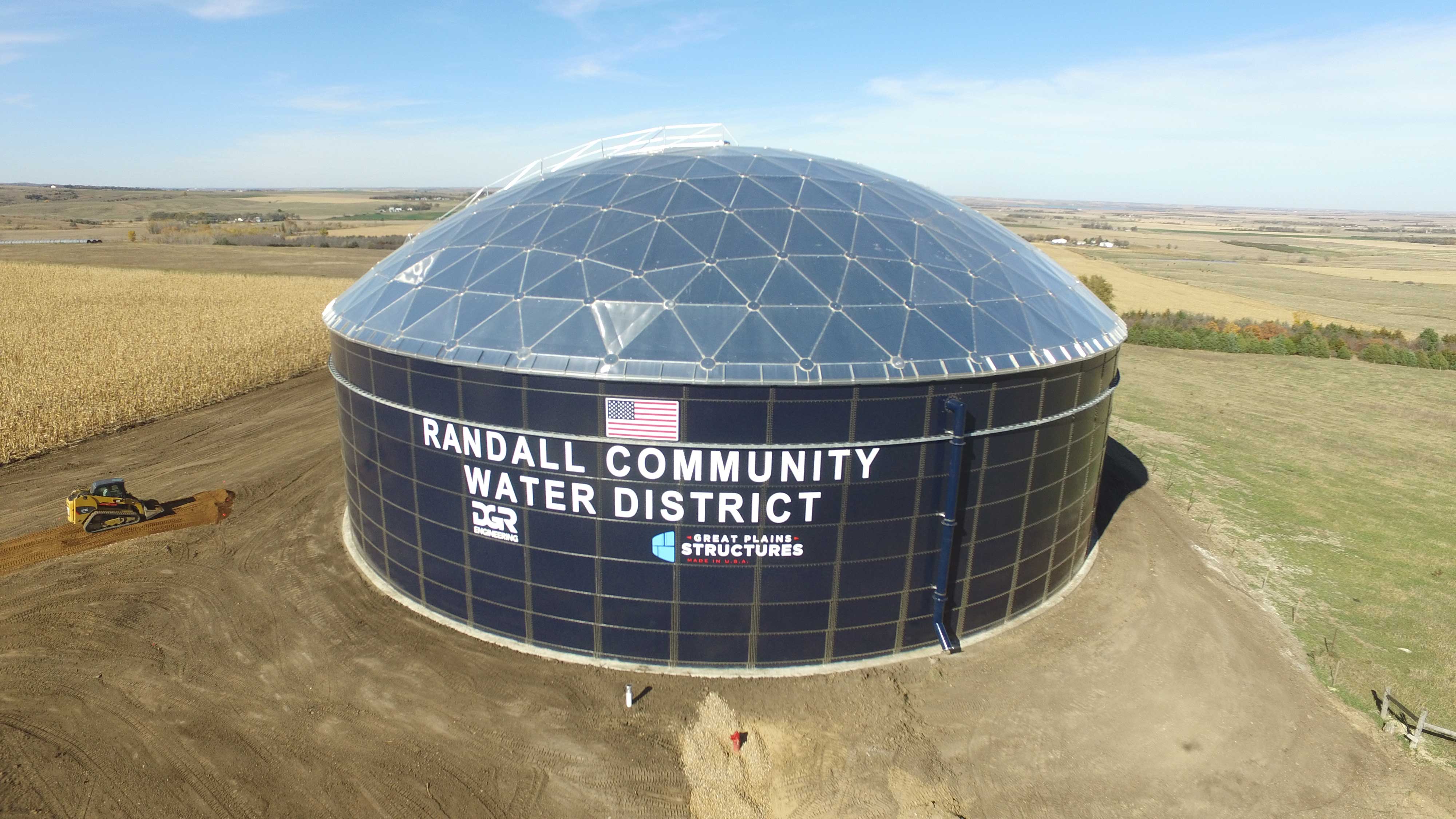 Agriculture is the lifeblood of our great nation. There would be no industry, innovation or commerce of any kind without human life sustained by the meat, grains and vegetables produced in the Heartland. South Dakota’s agriculture makes a $25.6 billion economic impact every year1 , and that impact is felt throughout the country because South Dakota is #2 in oats, #3 in hay, #4 in wheat and #5 in beef and lamb and a Top 10 state for beans, corn, pigs and honey.2

Farming is more than a career; it’s an essential part of the fabric of life, dominating the state with 19 million acres of cropland and 23 million acres of pasture3. And what’s the one thing farming absolutely relies on? Water, which is life itself.

Across the state’s 77,116 square miles4, those water storage tanks dotting the landscape represent the heart. Like a heart, rural water districts pump a critical resource to places where it’s needed – to wheat fields, cattle pens, flourmills and nurseries. In South Dakota, rural water districts promote and sustain life – on nearly 32,000 farms5 and in hundreds of communities6. Rural water districts are taking on greater importance because the costs involved in water provision are too great for small municipalities to go it alone.

Increased demand means districts like Randall Community Water District is processing and pumping 24/7, which requires more electricity. Not to mention the other increases districts are facing these days – including the cost of enhanced treatment procedures to meet environmental regulations, higher infrastructure costs and rising chemical costs.

Like other districts, Randall wants to control costs so its customers don’t have to pay more for their water. The most effective solution? More storage capacity.

“By expanding our storage capacity we can keep more water in reserve and reduce the number of hours a day we’re processing and pumping, which in turn keeps our electric bill in check,” says Scott Pick, general manager of Randall Community Water District. “Storage is and always will be a priority for us and that’s why we rely on the experts at Great Plains Structures.”

Great Plains Structures, also known as GPS, is the authorized CST dealer for the region and recently installed another AQUASTORE® tank for Randall at Lake Andes, effectively increasing the district’s capacity by 3 million gallons. The AQUASTORE was part of an $8 million expansion, which includes a new state-of-the-art treatment facility and three transmission mains that will extend the district’s service area.

“We’ll go to any lengths to get these guys what they need,” says Rob Gravatt of Great Plains Structures. “To us, liquid storage is more than just a tank or reservoir; we set out to understand Scott’s operations inside and out so we’ve worked closely with him and his team to control his expenses and increase his efficiency.”

Made in America, AQUASTORE has been a consistent performer for the district. Randall Community Water District bought the first AQUASTORE in South Dakota 30 years ago, and today it operates a total of seven tanks. The newest has a capacity of three million gallons, measures 130 feet in diameter by 33 feet tall and is made of glass fused to steel for durability and high performance. In fact, it’s the largest glass fused to steel bolted tank ever built for a rural water system in South Dakota and one of the largest water tanks in the state, period.

CST designed and perfected the AQUASTORE with the elements in mind. The glass coating applied in the factory makes it highly resistant to extreme conditions. Plus, there’s no need to repaint and maintenance costs are lower than other tank types.

“We have some of the harshest weather in the nation, and only AQUASTORE performs well in the elements,” says Gravatt. “This tank will look like new after 30 years.”

Construction of an AQUASTORE is simpler than that of welded or concrete tanks. The roof is assembled first and then lifted with a jacking system so the individual steel panels can be assembled underneath. Crews work at ground level and require only a few feet of space around the foundation. The tank goes up in about a third of the time of a welded tank. If increased storage capacity is anticipated in the future, the Aquastore can be designed to be expanded at a later date.

Situated in southeastern South Dakota and bordering the Missouri River, Randall is one of the oldest districts in the state, with 3,000 miles of pipe. The district sold over 1.3 trillion gallons last year7. It’s one of about 30 regional rural water systems in South Dakota, which collectively serve most cities and towns in the state in one form or another8.

“The district has a high profile because we supply an essential resource to homes, businesses and farmers,” says Pick. “With so much at stake we set the highest standards for quality and service, and we wouldn’t be able to maintain those standards without our storage partners at Great Plains Structures.”

Scott Pick says he’s merely a caretaker. He knows the nation’s demand for what South Dakota produces will remain long after he’s gone. Water will still have its essential purpose at the heart of society. So he wants to pass on the most sustainable, time-tested delivery system to future generations, which he knows he can do with the passion and partnership of Great Plains Structures and CST.